Got something to say about the past? Say it here!
Post Reply
48 posts

(Science Alert) Ancient New Zealand has been home to an incredible array of absurdly large birds. This has included a waist-high parrot, nicknamed Squawk-zilla (Heracles inexpectatus) – the largest parrot ever known on Earth, possibly hunting for flesh around 20 million years ago.

Two-meter-high flightless Moa also made their home there, along with their predator, Haast's Eagles (Hieraaetus moorei), with a monstrous 3-meter wingspan, around 2 million years ago.

Now researchers have added a new giant penguin to this gloriously super-sized menagerie – one discovered by a lucky group of school kids back in 2006.

"It's sort of surreal to know that a discovery we made as kids so many years ago is contributing to academia today. And it's a new species, even!" said Steffan Safey, who was one of the children on the Hamilton Junior Naturalist Club's field trip at the time. "Clearly the day spent cutting it out of the sandstone was well spent!"

Within a now solidified layer of what once was muddy siltstone, the students discovered the fossilized remains of the towering penguin's torso, leg, and arm bones.


A Stanford-led study reveals that rather than evolving gradually over hundreds of millions of years, land plants underwent major diversification in two dramatic bursts, 250 million years apart. The first occurred early in plant history, giving rise to the development of seeds, and the second took place during the diversification of flowering plants.

The research uses a novel but simple metric to classify plant complexity based on the arrangement and number of basic parts in their reproductive structures. While scientists have long assumed that plants became more complex with the advent of seeds and flowers, the new findings, published Sept. 17 in Science, offer insight to the timing and magnitude of those changes.

"The most surprising thing is this kind of stasis, this plateau in complexity after the initial evolution of seeds and then the total change that happened when flowering plants started diversifying," said lead study author Andrew Leslie, an assistant professor of geological sciences at Stanford's School of Earth, Energy & Environmental Sciences (Stanford Earth). "The reproductive structures look different in all these plants, but they all have about the same number of parts during that stasis."

Venus, our vexing sister planet, was likely habitable up to 900 million years after its formation, all without the need for plate tectonics (the global geological recycling of a planet’s carbon). Or so says a new paper just submitted to the Journal of Geophysical Research: Planets.

With hellish surface temperatures, extreme pressures, and no water, today’s Venus has long been a cautionary tale for a planet gone wrong. But with this new paper, there’s fresh fodder for the idea ever so fleetingly Venus could have had liquid water on its surface and temperatures that were for a time, at least, clement. Whether microbial life might have had time to form there during this brief epoch remains wholly speculative, however.

It remains unclear whether plate tectonics existed on early Venus, Dennis Hoening, the paper’s lead author and a planetary physicist at Germany’s Potsdam-Institute for Climate Impact Research, told me. Instead, there is an insulating, immobile lid on top of its mantle (or “stagnant-lid”), he says.

Hoening and colleagues’ paper is the first that models the combined atmosphere-interior evolution of Venus with a modified carbon cycle that also works if plate tectonics were absent.

“We find an extensive early habitable period of some 900 million years, indicating that liquid water on early Venus is much more likely than previously thought,” said Hoening.

https://www.forbes.com/sites/brucedormi ... years-ago/
"Take it easy, nothing matters in the end."
– William Shatner
Top

Paleontologists from Flinders University in Adelaide, Australia, have unearthed Australia’s oldest eagle fossils from a remote outback cattle station and in it have found a new fossil species from the late Oligocene era, which ended 23 million years ago.

Named Archaehierax sylvestris, this species of raptor is among the oldest known eagles in the world.

“‘Raptors’ is a more encompassing word than ‘eagles’ — really a raptor is a bird of prey with a hooked bill and large talons, so the word ‘raptor’ also includes the nocturnal raptors: owls. Put another way, not all raptors are eagles, but all eagles are raptors,” said study co-author Travis Worthy, a Flinders University paleontologist, in an email to Courthouse News.

“Our new Archaehierax (pron. ah-kay-hi-rax) does not group with other eagles in the family tree of eagles and hawks — it has primitive characteristics that set it apart and as one of the first branches on the family tree. This is not unexpected given its age. It however is clearly quite different to all the eagles etc. from the Northern Hemisphere, suggesting it was part of a group evolving along its separate line in Australia. Not unexpected given Australia is nearly the same size as the USA,” Worthy continued. 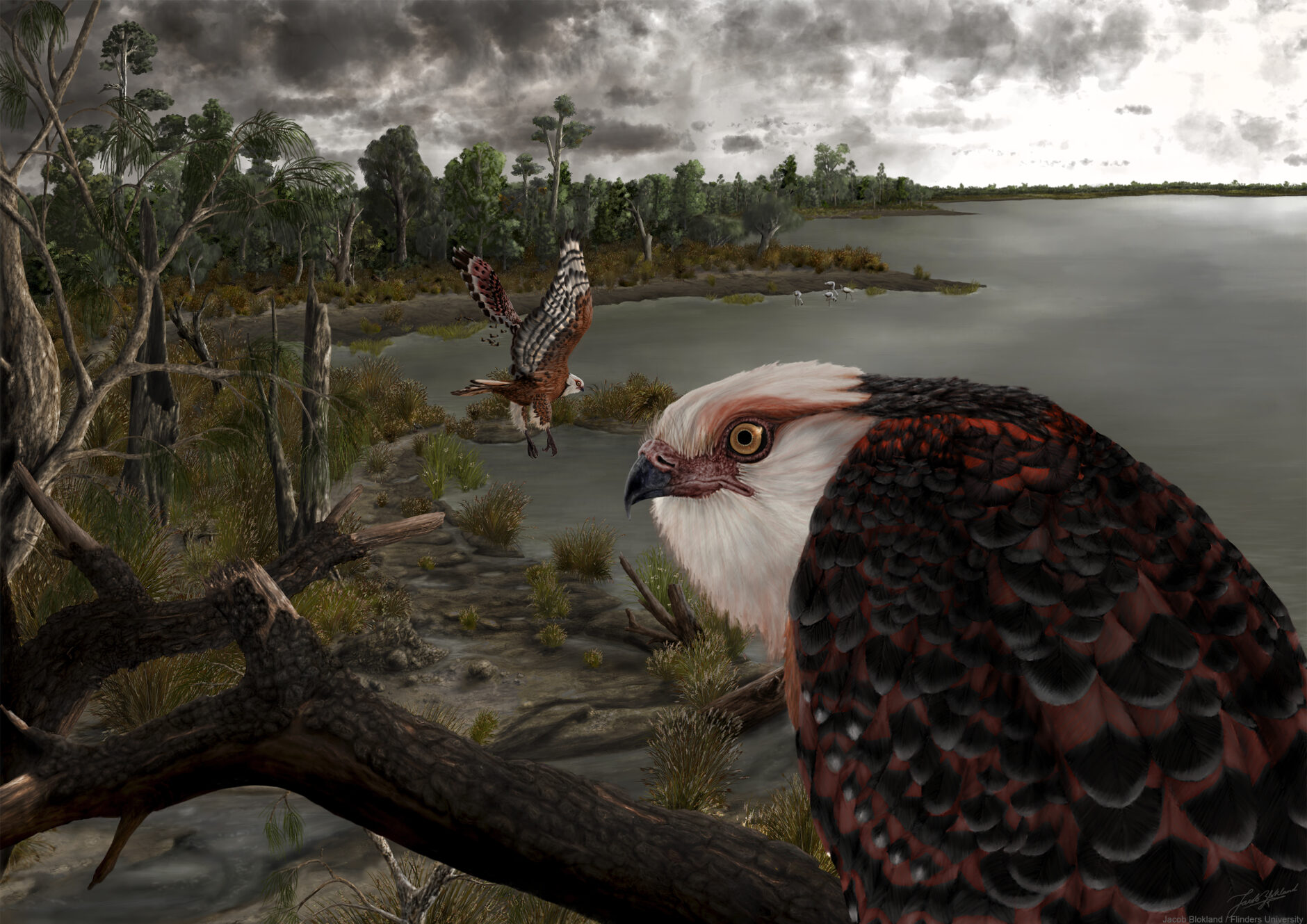 Do you have any idea where it will be displayed? I would love to see this in person if I have the chance. That will really be amazing, I swear!
Top

^^^Unfortunately, I do not have any information on when or where this may be available for public review.

(Science Alert) For the vast majority of animals on Earth, breath is synonymous with life. Yet for the first 2 billion years of our planet's existence, oxygen was in scarce supply.

That doesn't mean Earth was lifeless for all that time, but that life was rarer, and vastly different from what we know today.

It was only when more complex bacteria that could photosynthesize stepped onto the scene that everything began to change, triggering what scientists call a Great Oxidation Event. But when did all this happen? And how did it all shake out?

A new gene-analyzing technique has provided the hints of a new timeline. The estimates suggest it took bacteria 400 million years of gobbling sunlight and puffing out oxygen before life could really thrive.

In other words, there were likely organisms on our planet capable of photosynthesizing long before the Great Oxidation Event.

A Scary Mass Extinction Happened 30 Million Years Ago, And We Only Just Noticed
by Mike McCrae
October 8, 2021

(Science Alert) The close of the Eocene roughly 33 million years ago marks a time of great change on Earth. In a slow reversal of what we're seeing today, temperatures dropped and glaciers stretched their icy fingers towards the equator.

The loss of life across the Asian continent was profound. But Africa's biodiversity, sheltered by the warmth of the tropics, appeared to go unscathed by the colossal changes. Or so we thought.

According to a recently published study by a team of researchers from across the US, we just weren't looking at the fossil record the right way.

The research suggests that far from thriving through this cold change, mammals on the Arabian Peninsula and across the African continent experienced significant declines, with nearly two thirds of their peak diversity disappearing 30 million years ago.

Exactly what precipitated each loss isn't clear, though with widespread temperature fluctuations and intense volcanic activity rocking the region, there's no shortage of possibilities.