Got something to say about the past? Say it here!
Post Reply
43 posts

General news, articles and discussions regarding the Big Bang, early Universe, the first stars and galaxies, the young Earth, and the emergence of life, the evolution of dinosaurs, and the rise of mammals. 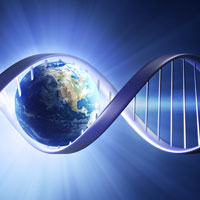 Zircons studied by the research team, photographed using cathodoluminescence, a technique that allowed the team to visualize the interiors of the crystals using a specialized scanning electron microscope. Dark circles on the zircons are the cavities left by the laser that was used to analyze the age and chemistry of the zircons.Scientists led by Michael Ackerson, a research geologist at the Smithsonian's National Museum of Natural History, provide new evidence that modern plate tectonics, a defining feature of Earth and its unique ability to support life, emerged roughly 3.6 billion years ago. The study, published May 14 in the journal Geochemical Perspective Letters, uses zircons, the oldest minerals ever found on Earth, to peer back into the planet's ancient past.The team tested more than 3,500 zircons, each just a couple of human hairs wide, by blasting them with a laser and then measuring their chemical composition with a mass spectrometer. These tests revealed the age and underlying chemistry of each zircon. Of the thousands tested, about 200 were fit for study due to the ravages of the billions of years these minerals endured since their creation. Credit: Michael Ackerson, Smithsonian.

Scientists led by Michael Ackerson, a research geologist at the Smithsonian's National Museum of Natural History, provide new evidence that modern plate tectonics, a defining feature of Earth and its unique ability to support life, emerged roughly 3.6 billion years ago.

Earth is the only planet known to host complex life and that ability is partly predicated on another feature that makes the planet unique: plate tectonics. No other planetary bodies known to science have Earth's dynamic crust, which is split into continental plates that move, fracture and collide with each other over eons. Plate tectonics afford a connection between the chemical reactor of Earth's interior and its surface that has engineered the habitable planet people enjoy today, from the oxygen in the atmosphere to the concentrations of climate-regulating carbon dioxide. But when and how plate tectonics got started has remained mysterious, buried beneath billions of years of geologic time. 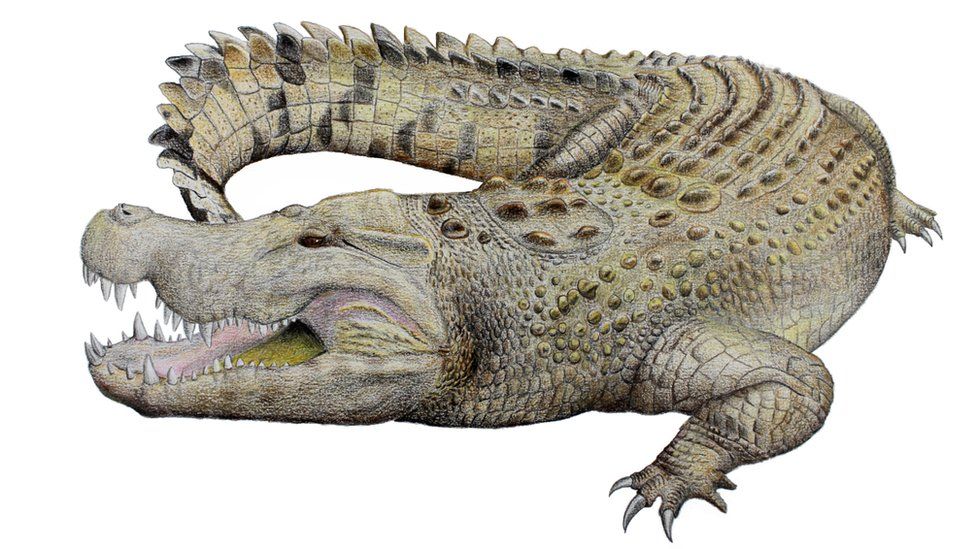 An eight-million-year-old crocodile skull discovered in central Australia is now believed to be part of an extinct species new to scientists.
The skull had been found about 200km (125 miles) from Alice Springs, in the Northern Territory (NT), in 2009.
It was thought to belong to a known reptile of the Baru genus but that has now been updated with new study.
The species is expected to be named in 2022, and there is a Baru exhibition in the NT.
Dr Adam Yates, senior curator of Earth Sciences at the Museum and Art Gallery of the Northern Territory, said the skull was found at the Alcoota fossil site in central Australia.
Dr Yates told the BBC the skull was by far the best specimen of a Baru crocodile yet found.

Fifty-six million years ago, as the Earth's climate warmed by five to eight degrees C, new land mammals evolved, tropical forests expanded, giant insects and reptiles appeared and the chemistry of the ocean changed. Through it all, bacteria in the ocean in what is now New Jersey kept a record of the changes in their environment through forming tiny magnetic particles. Now, those particles and their record are all that's left of these microorganisms. Thanks to new research tools, that record is finally being read.

In research published in the journal Paleoceanography and Paleoclimatology, researchers including University of Utah doctoral student Courtney Wagner and associate professor Peter Lippert report the climate clues that can be found by analyzing the magnetic fossil particles, or magnetofossils.


A pair of researchers, one with the UK's Natural History Museum, the other a King Island historian, has found an almost complete extinct dwarf emu egg on King Island. In their paper published in the journal Biology Letters, Julian Hume and Christian Robertson describe the egg and compare it to other dwarf emu eggs and also with the eggs from the mainland emu.

The emu is a flightless bird found only in Australia and its nearby islands. It is the second largest bird after the ostrich. Prior research has shown that in addition to the mainland emu, there were several types of dwarf emus living on at least three islands off the southern coast of Australia—all of which went extinct shortly after the arrival of European settlers.

Millions of years ago, the oceans presented a formidable barrier to the spread of primates – but were ultimately no match. Did rafts of vegetation help them conquer the globe?

Humans evolved in Africa, along with chimpanzees, gorillas and monkeys. But primates themselves appear to have evolved elsewhere – likely in Asia – before colonising Africa. At the time, around 50 million years ago, Africa was an island isolated from the rest of the world by ocean – so how did primates get there?

A land bridge is the obvious explanation, but the geological evidence currently argues against it. Instead, we're left with a far more unlikely scenario: early primates may have rafted to Africa, floating hundreds of miles across oceans on vegetation and debris.

Such oceanic dispersal was once seen as far-fetched and wildly speculative by many scientists. Some still support the land bridge theory, either disputing the geological evidence, or arguing that primate ancestors crossed into Africa long before the current fossil record suggests, before the continents broke up.

But there's an emerging consensus that oceanic dispersal is far more common than once supposed. Plants, insects, reptiles, rodents and primates have all been found to colonise island continents in this way – including a remarkable Atlantic crossing that took monkeys from Africa to South America 35 million years ago. These events are incredibly rare but, given huge spans of time, such freak events inevitably influence evolution – including our own origins.

https://www.bbc.com/future/article/2021 ... -the-world
"Take it easy, nothing matters in the end."
– William Shatner
Top

Research maps the extent of the catastrophic Storegga tsunami 8,200 years ago for the first time


Towns and cities across Scotland would be devastated if the country’s coastline was hit by a tsunami of the kind that happened 8,200 years ago, according to an academics’ study.

While about 370 miles of Scotland’s northern and eastern coastline were affected when the Storegga tsunami struck, the study suggests a modern-day disaster of the same magnitude would have worse consequences.

The researchers at the universities of Sheffield, St Andrews and York attributed this to denser human populations and higher sea levels that could potentially destroy seafront and port areas of Arbroath, Stonehaven, Aberdeen, Inverness and Wick, all of which have significant built-up areas less than 10 metres above sea level and directly face the sea.

The study which maps the impact of the ancient tsunami for the first time, used modelling to estimate how far the wave would have travelled inland. The estimates suggest the water could have encroached up to 18 miles inland. That distance today would probably leave a town such as Montrose, which overlooks a tidal lagoon and has a population of 12,000, completely devastated.


A more reliable way of estimating the size of megalodon shows the extinct shark may have been bigger than previously thought, measuring up to 65 feet, nearly the length of two school buses. Earlier studies had ball-parked the massive predator at about 50 to 60 feet long.

The revised estimate is the result of new equations based on the width of megalodon's teeth—and began with a high school lesson that went awry.

Victor Perez, then a doctoral student at the Florida Museum of Natural History, was guiding students through a math exercise that used 3D-printed replicas of fossil teeth from a real megalodon and a set of commonly used equations based on tooth height to estimate the shark's size. But something was off: Students' calculations ranged from about 40 to 148 feet for the same shark. Perez snapped into trouble-shooting mode.