Got something to say about the past? Say it here!
Post Reply
27 posts

New method could reveal what genes were inherited from Neanderthals
https://phys.org/news/2021-06-method-re ... thals.html
by University of Copenhagen


Thousands of years ago, archaic humans such as Neanderthals and Denisovans went extinct. But before that, they interbred with the ancestors of present-day humans, who still to this day carry genetic mutations from the extinct species.

Over 40 percent of the Neanderthal genome is thought to have survived in different present-day humans of non-African descent, but spread out so that any individual genome is only composed of up to two percent Neanderthal material. Some human populations also carry genetic material from Denisovans—a mysterious group of archaic humans that may have lived in Eastern Eurasia and Oceania thousands of years ago.

The introduction of beneficial genetic material into our gene pool, a process known as adaptive introgression, often happened because it was advantageous to humans after they expanded across the globe. To name a few examples, scientists believe some of the mutations affected skin development and metabolism. But many mutations are yet still undiscovered.

New research presents over 300 new analyses of bronze objects, raising the total number to 550 in 'the archaeological fingerprint project.' This is roughly two thirds of the entire metal inventory of the early Bronze Age in southern Scandinavia. For the first time, it was possible to map the trade networks for metals and to identify changes in the supply routes, coinciding with other socio-economic changes detectable in the rich metal-dependent societies of Bronze Age southern Scandinavia.

The magnificent Bronze Age in southern Scandinavia rose from copper traded from the British Isles and Slovakia 4000 years ago. 500 years later these established trade networks collapsed and fresh copper was then traded from the southern Alps, the so-called Italian Alps. This large-scale study could show that during the first 700 years of the Nordic Bronze Age the metal supplying networks and trade routes changed several times. These 700 years of establishment and change led to a highly specialized metalwork culture boasting beautiful artwork such as the Trundholm Sun wagon and spiral decorated belt plates branding high-ranking women; even depicted on today's Danish banknotes.

In 1993, a media studies professor at Fordham University named Edward Wachtel visited several famous caves in southern France, including Lascaux, Font-de-Gaume, Les Combarelles, and La Mouthe. His purpose: to study the cave art that has justly made these caves famous. Wachtel was puzzled by what he called "spaghetti lines" on the drawings, partially obscuring them. There were also images of, say, an ibex with two heads, a mammal with three trunks, or a bull drawing superimposed over the drawing of a deer.

His guide for the La Mouthe tour was a local farmer, and since there were no electric lights in this cave, the farmer brought along a gas lantern. When the farmer swung the lantern inside the cave, the color schemes shifted, and the engraved lines seemed to animate. "Suddenly, the head of one creature stood out clearly," Wachtel recalled. "It lived for a second, then faded as another appeared." As for those mysterious spaghetti lines, "they became a forest or a bramble patch that concealed and then reveled the animals within."

Wachtel subsequently published a paper entitled, "The First Picture Show: Cinematic Aspects of Cave Art," in which he concluded that the cave drawings were meant to be perceived in three dimensions—one of them being time. These could have been the first "protomovies," he thought.

It's an intriguing take, although it must be said that Wachtel's ideas are speculative. There is no way to definitively prove what those prehistoric cave artists intended, and therefore it's unwise to draw strong inferences about these being cinematic in nature, or to assume that this tells us anything about prehistoric artists' conception of time. But his point about the importance of viewing cave paintings under the lighting conditions in which they were created and viewed in prehistoric times is sound.

https://arstechnica.com/science/2021/06 ... -lighting/
“People assume that time is a strict progression of cause to effect, but *actually* from a non-linear, non-subjective viewpoint - it's more like a big ball of wibbly wobbly... time-y wimey... stuff.” - Steven Moffat
Top

A new type of early human previously not known to scientists has been discovered in Israel, Tel Aviv University and Hebrew University researchers announced Thursday as their extraordinary findings appeared in the prestigious academic journal Science.
Researchers believe the new “Homo” species intermarried with Homo sapiens and was an ancestor of the Neanderthals.

^^^Dang. Lately, Yuli ban and WeatherisCool keep beating me to certain articles. In this case, I just found an article in Science on the same subject:

A skull from Harbin City, China, dates back at least 146,000 years and is “one of the most complete archaic human fossils” ever found.

An ancient human skull with a murky backstory represents an entirely new species, nicknamed “Dragon Man,” that may be an even closer relative of modern humans than Neanderthals, reports a trio of new studies that could rewrite the evolutionary history of our family tree.

The exquisitely preserved cranium was reportedly found in 1933 during the construction of the Dongjiang Bridge in Harbin City, China, but it has remained inaccessible to the public and to scientists for nearly a century. The person who first discovered the skull concealed it in an abandoned well, where it remained safely hidden throughout many tumultuous decades until his descendants discovered the family secret and donated the specimen to the Geoscience Museum at Hebei GEO University in Shijiazhuang.

This fortuitous recovery has now enabled scientists to at last identify the skull as “one of the most complete archaic human fossils” which “provides critical evidence for studying the diversification of the Homo genus and the origin of Homo sapiens,” the name for our own modern species, according to the new research packet, which was published on Friday in The Innovation, a Cell Press journal set up in partnership with the Youth Innovation Promotion Association, a part of the Chinese Academy of Sciences. 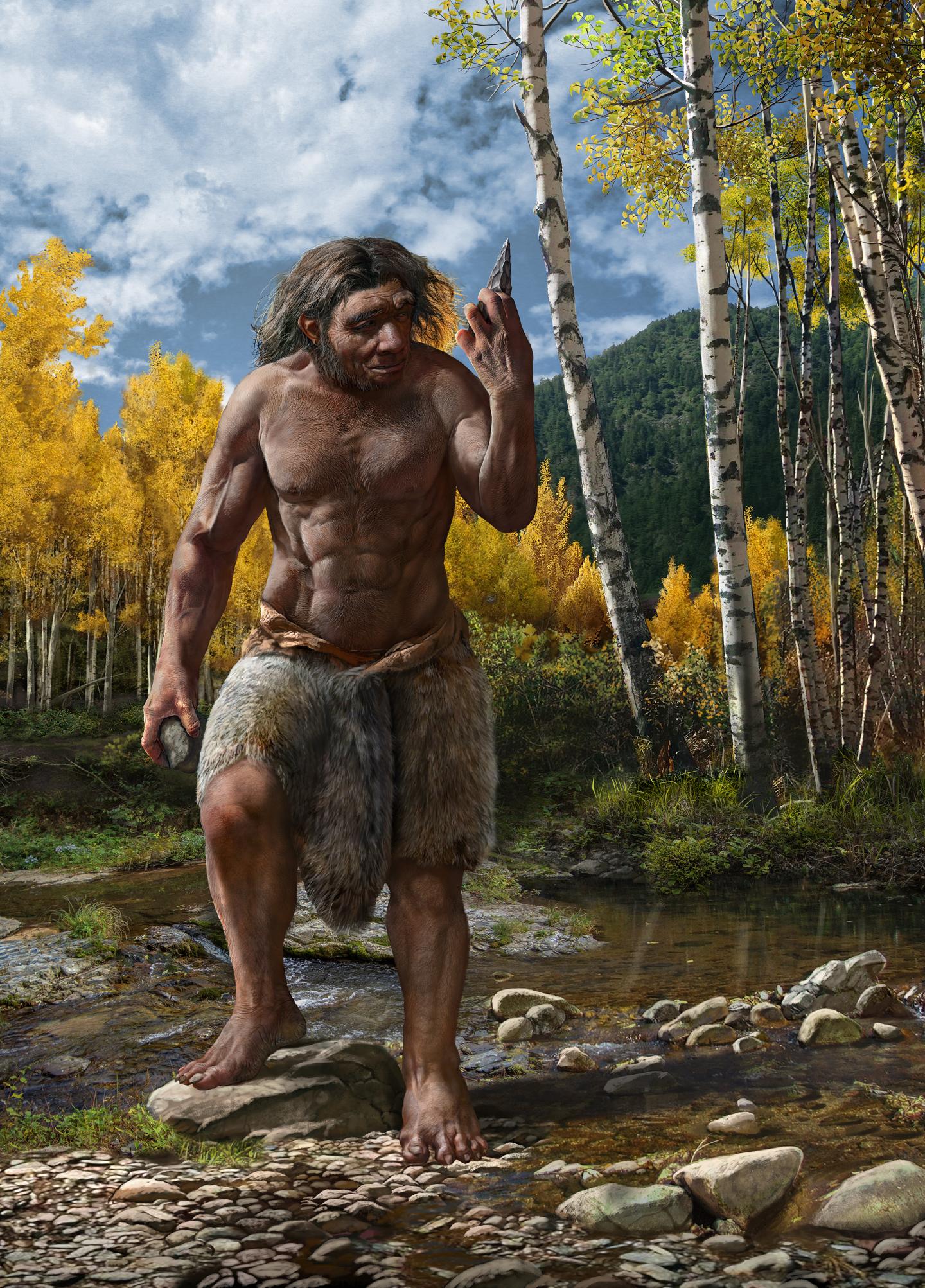 caltrek wrote: ↑Fri Jun 25, 2021 3:07 pm ^^^Dang. Lately, Yuli ban and WeatherisCool keep beating me to certain articles. In this case, I just found an article in Science on the same subject:

Same here Caltrek.
“People assume that time is a strict progression of cause to effect, but *actually* from a non-linear, non-subjective viewpoint - it's more like a big ball of wibbly wobbly... time-y wimey... stuff.” - Steven Moffat
Top

The oldest strain of Yersinia pestis—the bacteria behind the plague that caused the Black Death, which may have killed as much as half of Europe's population in the 1300s—has been found in the remains of a 5,000-year-old hunter-gatherer. A genetic analysis publishing June 29 in the journal Cell Reports reveals that this ancient strain was likely less contagious and not as deadly as its medieval version.

"What's most astonishing is that we can push back the appearance of Y. pestis 2,000 years farther than previously published studies suggested," says senior author Ben Krause-Kyora, head of the aDNA Laboratory at the University of Kiel in Germany. "It seems that we are really close to the origin of the bacteria."

The plague-carrying hunter-gatherer was a 20- to 30-year old man called "RV 2039." He was one of two people whose skeletons were excavated in the late 1800s in a region called Rinnukalns in present-day Latvia. Soon after, the remains of both vanished until 2011, when they reappeared as part of German anthropologist Rudolph Virchow's collection. After this re-discovery, two more burials were uncovered from the site for a total of four specimens, likely from the same group of hunter-fisher-gatherers.

Ancient bone carving could change the way we think about Neanderthals


Archaeologists determined the artifact to be at least 51,000 years old—before the arrival of Homo Sapiens in central Europe.

The design may be simple, but a chevron pattern etched onto a deer bone more than 50,000 years ago suggests that Neanderthals had their own artistic tradition before modern humans arrived on the scene, researchers said Monday.

The engraving, discovered at a German cave where Neanderthals lived tens of thousands of years ago, has no obvious utility according to researchers who say the artifact sheds new light on the ill-fated species' capacity for creativity.

The vast majority of Stone-Age artworks discovered in Europe are attributed to Homo sapiens and experts have long suggested that Neanderthals, among our closest relatives, only began creating symbolic objects after mixing with them.

But using radiocarbon dating, archaeologists determined the recently-unearthed artifact to be at least 51,000 years old—pre-dating the arrival of Homo sapiens in central Europe by some 10,000 years, according to the research published in the journal Nature Ecology and Evolution.

A trio of researchers from Slovenia's Institute for the Protection of Cultural Heritage of Slovenia at the Centre for Preventive Archaeology and Eberhard Karls Universität Tübingen, in Germany, has found evidence of the oldest known use of cosmetics at a dig site in the Balkans. In their paper published in the Journal of Archaeological Science: Reports, Bine Kramberger, Christoph Berthold and Cynthianne Spiteri describe the ceramic bottles that held the cosmetics and what they found inside them.

Back in 2014, team member Bine Kramberger uncovered a small bottle at a dig site in Zgornje Radvanje, Slovenia. Soon thereafter other diggers uncovered similar bottles. Over the next several years, over a hundred of the bottles were discovered in the region. Initial review of the bottles suggested that they were some type of children's toy, or perhaps medicine vials, due to their small size. Also, it was noted that the bottles had holes in their handles, which suggests they would have been strung and hung on the waist or perhaps around the neck. In this new effort, the researchers took a close look inside some of the bottles to learn more about what they might have once held.