Got something to say about the past? Say it here!
Post Reply
29 posts

General news, articles and discussions regarding the period from the Industrial Revolution through to the present day. 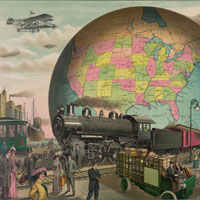 40 years ago, the first cases of AIDS were reported in the US

On June 5, 1981, a curious report appeared in the Center for Disease Control's weekly public health digest: Five young, gay men across Los Angeles had been diagnosed with an unusual lung infection known as Pneumocystis carinii pneumonia (PCP) -- and two of them had died.

It was the first time that acquired immunodeficiency syndrome (AIDS) -- the devastating advanced-stage of HIV infection that would go on to claim the lives of more than 32 million people globally -- was reported in the US.

Days after the initial report hit the newspapers, the CDC learned of many more such cases in gay men. Not only did those men have PCP, they also had other secondary infections, among them a rare and aggressive cancer known as Kaposi's sarcoma (KS).

About a month after that first report, the write-up in the CDC's Morbidity and Mortality Weekly Report counted 26 gay men across New York and California with those diagnoses -- a number that would increase exponentially.

Saturday marks the 40th anniversary of the nation's first reported cases of AIDS. More than 700,000 people in the US have died of the disease since then -- and though medical advancements have drastically changed the prognosis for HIV/AIDS patients, there remains to this day no cure.

Below is a public document and therefore limitations based on copyright consideration need not apply.

On June 19, 1865—nearly nine decades after our Nation's founding, and more than 2 years after President Lincoln signed the Emancipation Proclamation—enslaved Americans in Galveston, Texas, finally received word that they were free from bondage. As those who were formerly enslaved were recognized for the first time as citizens, Black Americans came to commemorate Juneteenth with celebrations across the country, building new lives and a new tradition that we honor today. In its celebration of freedom, Juneteenth is a day that should be recognized by all Americans. And that is why I am proud to have consecrated Juneteenth as our newest national holiday.

Juneteenth is a day of profound weight and power.

A day in which we remember the moral stain and terrible toll of slavery on our country—what I've long called America's original sin. A long legacy of systemic racism, inequality, and inhumanity.

But it is a day that also reminds us of our incredible capacity to heal, hope, and emerge from our darkest moments with purpose and resolve.

As I said on the 100th Anniversary of the Tulsa Race Massacre, great nations don't ignore the most painful chapters of their past. Great nations confront them. We come to terms with them.

On Juneteenth, we recommit ourselves to the work of equity, equality, and justice. And, we celebrate the centuries of struggle, courage, and hope that have brought us to this time of progress and possibility. That work has been led throughout our history by abolitionists and educators, civil rights advocates and lawyers, courageous activists and trade unionists, public officials, and everyday Americans who have helped make real the ideals of our founding documents for all.

There is still more work to do. As we emerge from the long, dark winter of the COVID-19 pandemic, for example, racial equity remains at the heart of our efforts to vaccinate the Nation and beat the virus. We must recognize that Black Americans, among other people of color, have shouldered a disproportionate burden of loss—while also carrying us through disproportionately as essential workers and health care providers on the front lines of the crisis.

Psalm 30 proclaims that “weeping may endure for a night, but joy cometh in the morning.” Juneteenth marks both the long, hard night of slavery and discrimination, and the promise of a brighter morning to come. My Administration is committed to building an economy—and a Nation—that brings everyone along, and finally delivers our Nation's founding promise to Black Americans. Together, we will lay the roots of real and lasting justice, so that we can become the extraordinary country that was promised to all Americans.

Juneteenth not only commemorates the past. It calls us to action today.

NOW, THEREFORE, I, JOSEPH R. BIDEN JR., President of the United States of America, by virtue of the authority vested in me by the Constitution and the laws of the United States, do hereby proclaim June 19, 2021, as Juneteenth Day of Observance. I call upon the people of the United States to acknowledge and celebrate the end of the Civil War and the emancipation of Black Americans, and commit together to eradicate systemic racism that still undermines our founding ideals and collective prosperity.

IN WITNESS WHEREOF, I have hereunto set my hand this eighteenth day of June, in the year of our Lord two thousand twenty-one, and of the Independence of the United States of America the two hundred and forty-fifth.

On the centennial of the once great Communist Party of China.