Anything that doesn't quite fit in elsewhere...
Post Reply
29 posts

I love anomalies. Anything which falls outside the standard (often greatly) is like candy.

But what do I mean by rare & bizarre phenomena? I'm talking about those quirks at the edge of reality, the things that are about as close to the paranormal as it's possible to get without crossing over into pseudoscience.
It's those things that are pseudos/mimics of normal phenomena— things where the ends are the same or similar but the means by which it gets there are totally different from how we normally perceive them to develop.
Or perhaps entirely alternative versions of normal things.
Or things that require the perfect amount of things going right at the perfect possible time.
Or technologies that are so far beyond the normal human condition that it goes beyond science fiction into pseudo-fantasy.
Or things that are just so rare that getting a chance to see them in person is nearly impossible.

Or things that just look cool but don't happen often.

When we were a species of ape wandering the East African savannas, we had no way of knowing things like ball lightning, Bose-Einstein Condensates, vantablack, acoustic black holes, convergent evolution, red sprites, superefluids, tetraneutrons, the Placebo effect, the Meissner effect, and so on.

Convergent evolution is so cool. Like how all animals ultimately evolve into crabs.

The fossa is probably the most interesting to me at this exact moment. 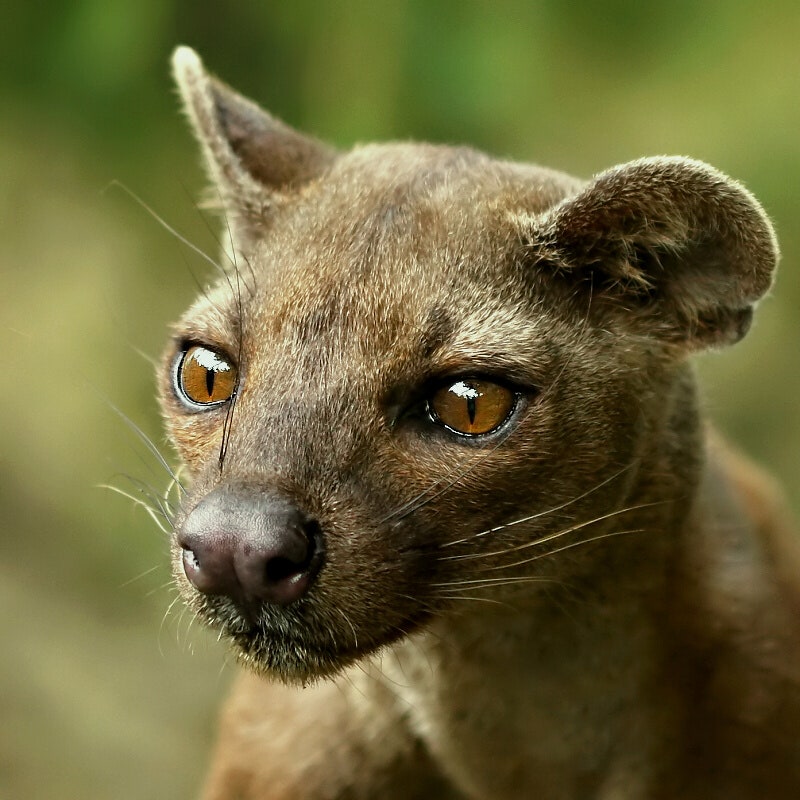 This is not a cat.


The Fossa, an unknown animal to most (unless you've watched Madagascar). The fossa is a cat-like, carnivorous mammal that is endemic to Madagascar. The fossa is the largest mammalian carnivore on the island of Madagascar and has been compared to a small cougar.
Fossas are most closely related to the mongoose, splitting off from them ~20 million years ago.

Post your favorites in this thread!
And remember my friend, future events such as these will affect you in the future
Top 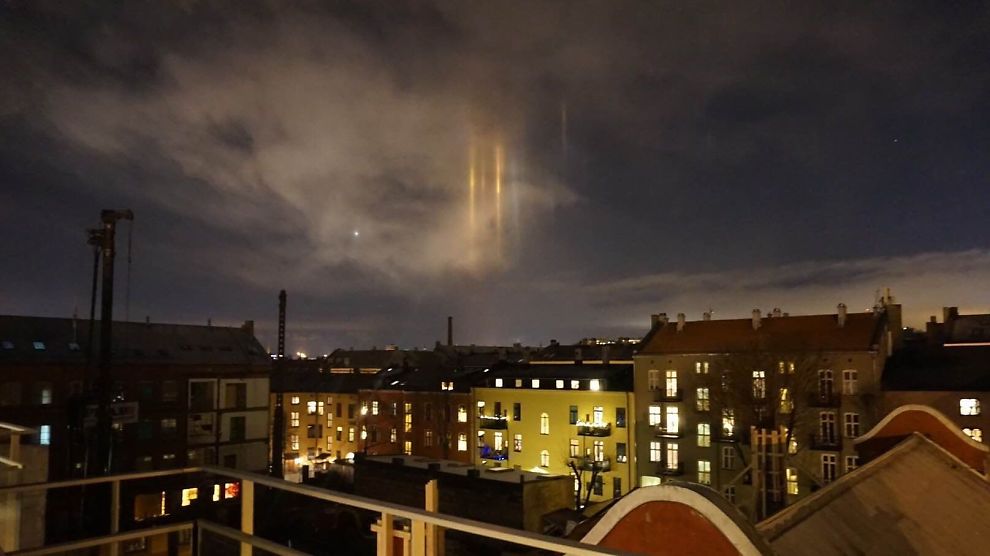 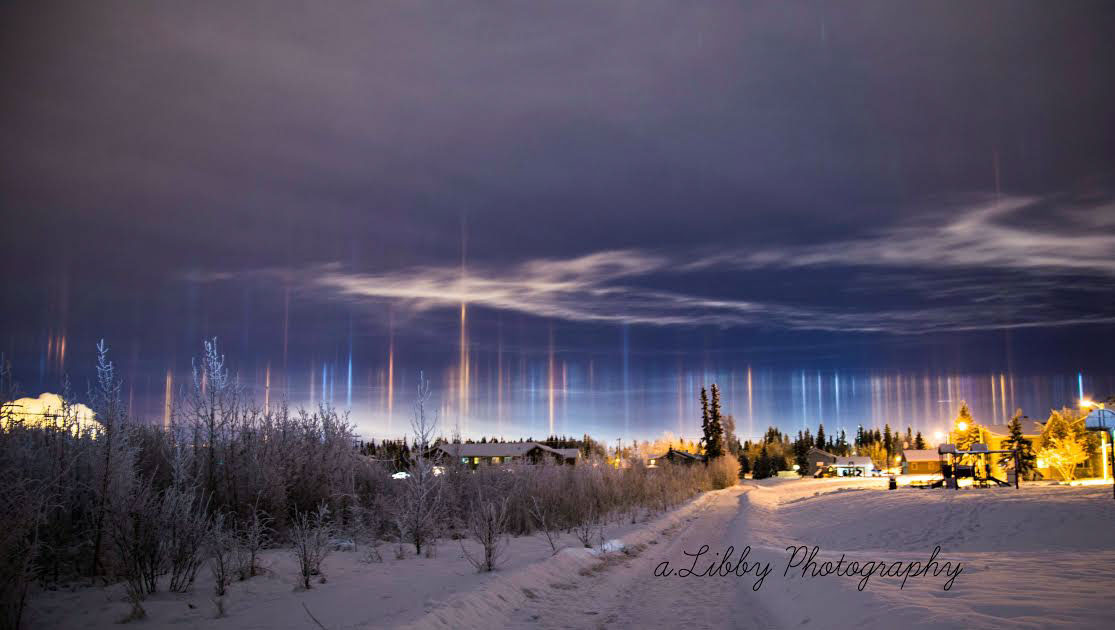 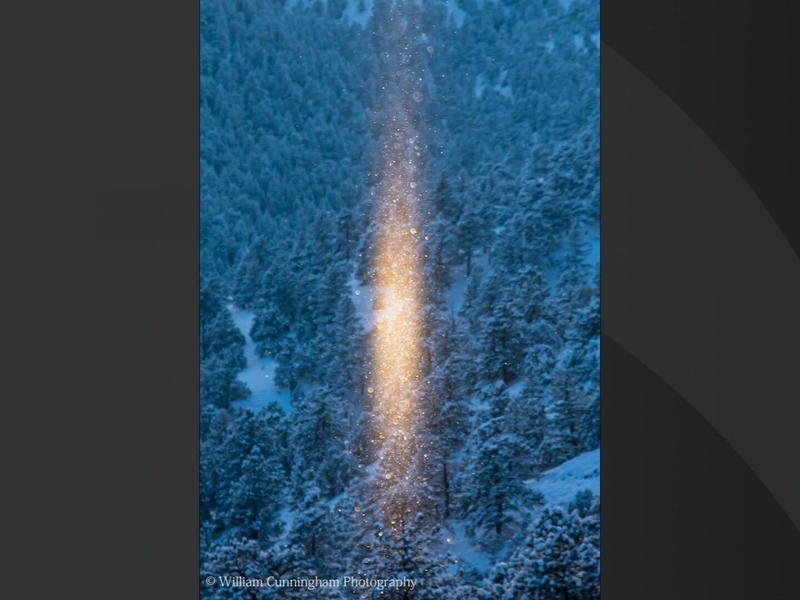 They're rare and basically winter-only, but when you get to see them, they are magical. What's funny is how easy it is to create them, once the atmospheric conditions are right. Basically just shine a light into the atmosphere so that it's reflected on light crystals, and voila.
But the ice crystals have to just right, with no wind, or it won't work.
Observe:

Kelvin-Helmholtz clouds are always cool to watch, but that's probably because of how incredibly rare they are.

Noctilucent clouds, or night shining clouds, are tenuous cloud-like phenomena in the upper atmosphere of Earth. They consist of ice crystals and are only visible during astronomical twilight. Noctilucent roughly means "night shining" in Latin. They are most often observed during the summer months from latitudes between 50° and 70° north and south of the Equator. They are visible only during local summer months and when the Sun is below the observer's horizon, but while the clouds are still in sunlight. Recent studies suggest that increased atmospheric methane emissions produce additional water vapor once the methane molecules reach the mesosphere – creating, or reinforcing existing noctilucent clouds.

They are the highest clouds in Earth's atmosphere, located in the mesosphere at altitudes of around 76 to 85 km (47 to 53 mi). They are too faint to be seen in daylight, and are visible only when illuminated by sunlight from below the horizon while the lower layers of the atmosphere are in Earth's shadow. 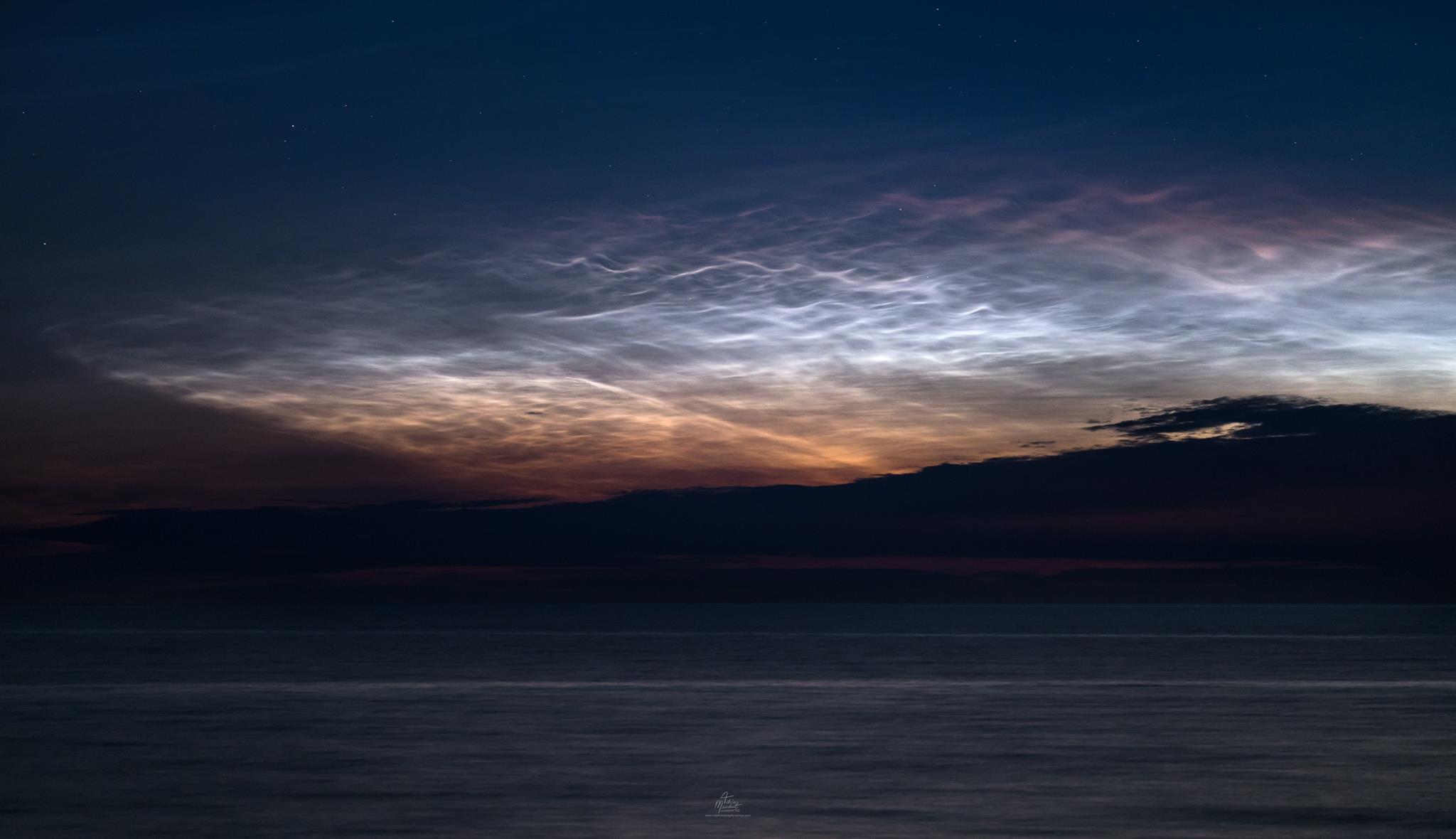 
As a lover of meteorology, atmospheric phenomena is by far the most fascinating to me. And lightning is already plenty weird— we actually don't know the precise mechanisms that cause it, and it might even include cosmic rays!
So take something that's already a bit mysterious and add phenomena that we only scientifically discovered within the past 35 years, including one which was literally discovered within the past two or three: upper atmospheric electrical discharges!
And remember my friend, future events such as these will affect you in the future
Top

Quantum physics are just plain weird, and the fact there's a quantum effect you can play with just by using liquid nitrogen and some offkilter materials is even stranger.

Quantum locking and the Meissner Effect in Superconductors:

Going even further, there's superfluids, which seem to defy gravity


And just like superconductors, "room-temperature superfluids" have been made. Indeed, the absolutely most outrageous thing is that we've made a room-temperature superfluid out of light. LIGHT!
I want you to step back and think about that: we've exploited a glitch in the laws of physics to use another glitch in the laws of physics to physicalize the property of light so it acts like a glitchy fluid.

Oh, and about superconductors, I want to remind you of something very strange in physical terms.

SUPERCONDUCTORS HAVE AN ELECTRICAL RESISTANCE OF ZERO.
As in "absolute zero."

I don't know why that blows my mind as much as it does. The idea that you can actually witness a real life "absolute". It's not like there's negligible resistance or maybe a few nano-ohms of resistance. No, there's absolutely ZERO resistance. The only resistance in a superconductor is from the material itself causing issues, but in more pure materials, not even that. Not even on a quantum level. It's perfect. It's perfect and it feels like it shouldn't be.
And remember my friend, future events such as these will affect you in the future
Top


This is precisely the reason we can't exactly say everything we consider to be presently in the realm of sci-fi and impossible to realize in real life IMPOSSIBLE.

Never say never, so the saying goes.
To know is essentially the same as to not to know. The only thing that occurs is entropy.
Top

And remember my friend, future events such as these will affect you in the future
Top
Post Reply
29 posts