This thread is dedicated to following the shadowy, high-tech world of megacorporations and how they expand their reach into every facet of every day life, usually at the expense of their workers and lower managers. 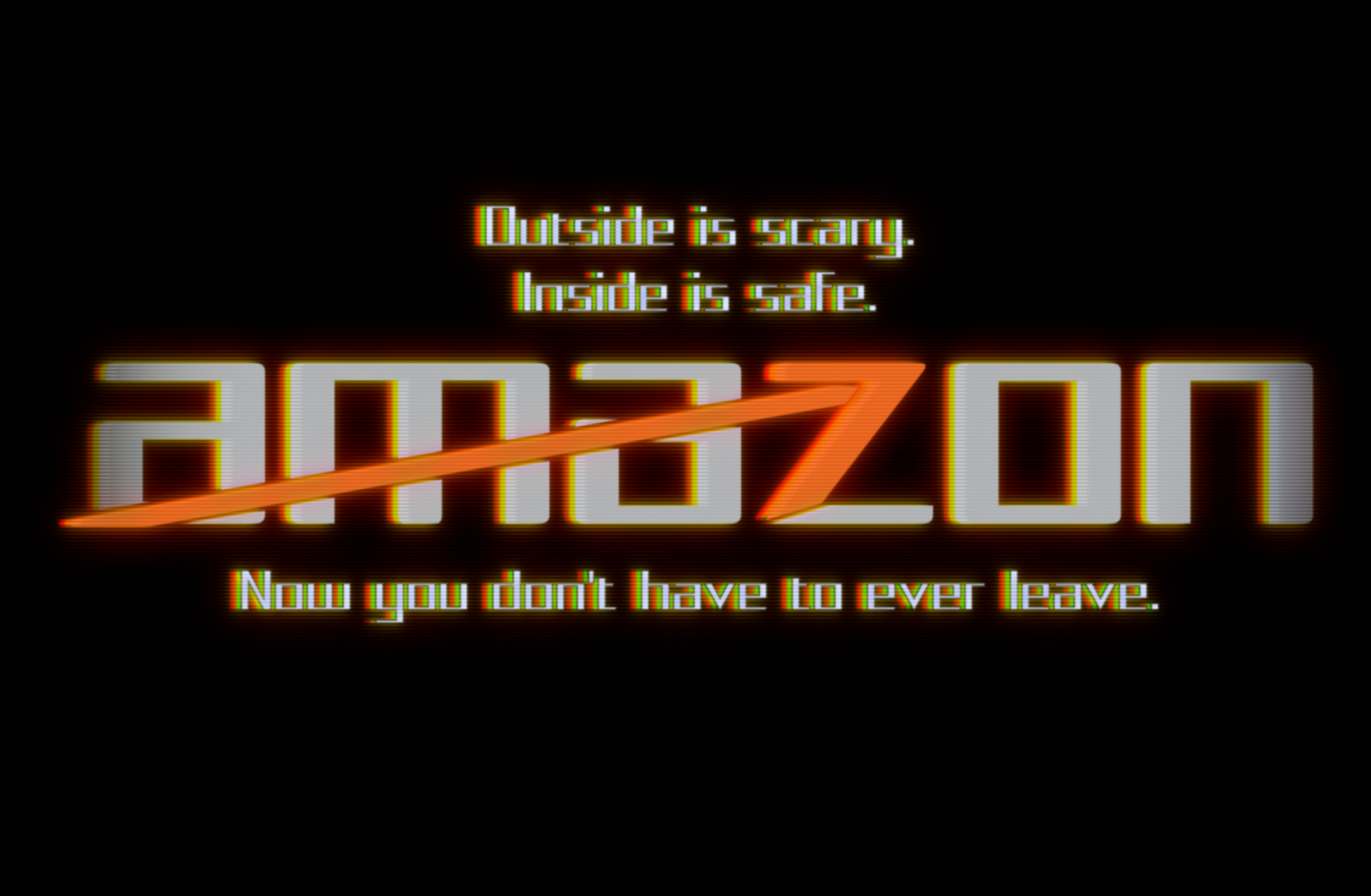 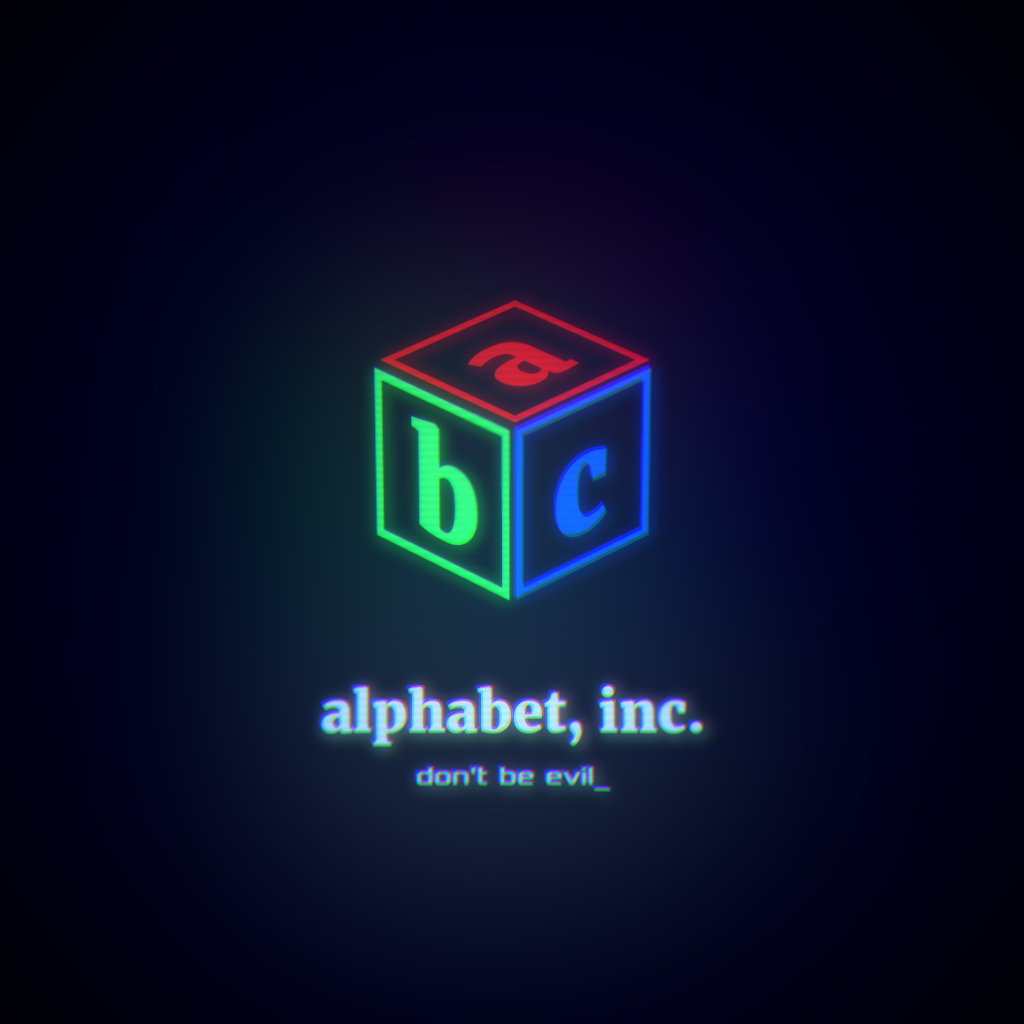 Megacorporation, mega-corporation, or megacorp, a term popularized by William Gibson, derives from the combination of the prefix mega- with the word corporation. It has become widespread in cyberpunk literature. It refers to a corporation (normally fictional) that is a massive conglomerate (usually private), holding monopolistic or near-monopolistic control over multiple markets (thus exhibiting both a horizontal and a vertical monopoly). Megacorps are so powerful that they can ignore the law, possess their own heavily armed (often military-sized) private armies, be the operator of a privatized police force, hold "sovereign" territory, and even act as outright governments. They often exercise a large degree of control over their employees, taking the idea of "corporate culture" to an extreme. Such organizations as a staple of science fiction long predate cyberpunk, appearing in the works of writers such as Philip K. Dick (Do Androids Dream of Electric Sheep?, 1968), Thea von Harbou (Metropolis, 1927), Robert A. Heinlein (Citizen of the Galaxy, 1957), Robert Asprin (The Cold Cash War, 1977), and Andre Norton (the Solar Queen novels). The explicit use of the term in the Traveller science fiction roleplaying game from 1977 predates Gibson's use of it.

If a corporation has a market capitalization of $1 trillion, it absolutely counts as a megacorp. Anything down to $100 billion qualifies, to be honest. However there's something of a cultural aspect to megacorps as well. A start-up that convinces backers to throw a trillion dollars at it is nowhere near as all-encompassing as something like Samsung, where its workers can literally be born in Samsung hospitals, be raised in Samsung-funded schools, be trained to use Samsung military equipment, and die in Samsung hospitals.

Still, this is ultimately about the transnational powers of corporations, especially tech corporations, so there's not going to be much distinction between a regular but overly-large corporation and a cyberpunk-style megacorporation. It's all the same level of beastly wealth disrupting society anyway!
And remember my friend, future events such as these will affect you in the future
Top

Big US banks to employees: Return to the office vaccinated
Source: AP News

NEW YORK (AP) — Wall Street’s big investment banks are sending a message to their employees this summer: Get back into the office and bring your vaccination card.

New York-based Morgan Stanley said this week that all employees will be required to attest to their vaccination status. Those who are not vaccinated will be required to work remotely, which could potentially put their jobs at risk, since the bank’s top executives have said they want everyone back in the office by September.

“If you can go into a restaurant in New York City, you can come into the office,” said Morgan Stanley CEO James Gorman at a industry conference earlier this month. Morgan Stanley is one of several big banks requiring employees to return to the office and also provide documentation of having received a coronavirus vaccine or making a formal declaration confirming vaccination.

Goldman Sachs required most of its employees to return to the office on June 14, with some exceptions extending that deadline to Sept. 30. It requires every employee to state their vaccine status, but does not require proof. JPMorgan is asking employees to submit their vaccination records as well, in the form of an internal portal. The return-to-office push has its roots in banking-industry culture...

Amazon Wants to Eat Health Care Next
The tech giant may be opening its own pharmacies, and Google wants to mine patient data. The goal is not to fix a broken system but to exploit it.

A few years ago, attending a tech conference that catered to an industry-friendly audience, I listened as a venture capitalist praised the upcoming possibilities for growth in the U.S. health care market. This V.C., who invested mostly in bioscience companies, was exultant at the possibility that personalized genetic mapping and other innovations would allow people to spend even more money on health care, purchasing everything from customized nutritional supplements to advanced targeted cancer treatments. The result would be great profits for people like him and the companies in which he invested, as health care would become as personalized and consumer-driven as shopping for clothes online.

Consumer choice and bespoke vitamin packets with your name printed on them are not solutions to much of anything in American health care; fancy artificial intelligence diagnostic tools and online pharmacies have not solved the essential problem of provisioning and accessing care. Yet Silicon Valley acts as if it is an innovation or two away from solving the problem—made glaring and overwhelming during the Covid-19 pandemic—of furnishing something like universal health care.

Microsoft is Now a $2 Trillion Company
by Mitchell Clark
June 24, 2021

(The Verge) Microsoft can add ending the day as a $2 trillion company to the list of things it’s accomplished today, alongside announcing Windows 11. That makes it the second American publicly traded company ever to have a market capitalization of over $2 trillion (the other member of the club being Apple, which achieved it in August 2020), according to CNN Business.

It’s easy to see how 2020 contributed to Microsoft’s success: the PC market grew by over 10 percent in 2020, according to estimates from IDC and Canalys, and seems to have kept some of that momentum this year. Microsoft also saw success with with its Surface devices, Xbox content, and cloud services — the company says its Intelligent Cloud segment brought in $48 billion alone in its 2020 fiscal year.

There’s also, of course, the aforementioned announcement of Windows 11, which could drive upgrades for people whose computers don’t meet the minimum requirements.

The company’s market cap briefly rose above $2 trillion earlier this week, but it had fallen ever so slightly below the mark by the time markets closed. Today, Microsoft was able to make it to market closing with a cap of $2.009 trillion, according to Yahoo Finance.

Millions of independent contractors are at the whim of a system that Amazon knows is problematic, according to a new report by Bloomberg. While serious early glitches have been worked out, significant issues remain, according to the article. Amazon is reportedly unconcerned about the hiccups and bad press that result so long as sufficient numbers of drivers are available to replace those whose accounts are mistakenly terminated.

“Executives knew this was gonna shit the bed,” a former engineer who designed the system told Bloomberg. “That’s actually how they put it in meetings. The only question was how much poo we wanted there to be.” 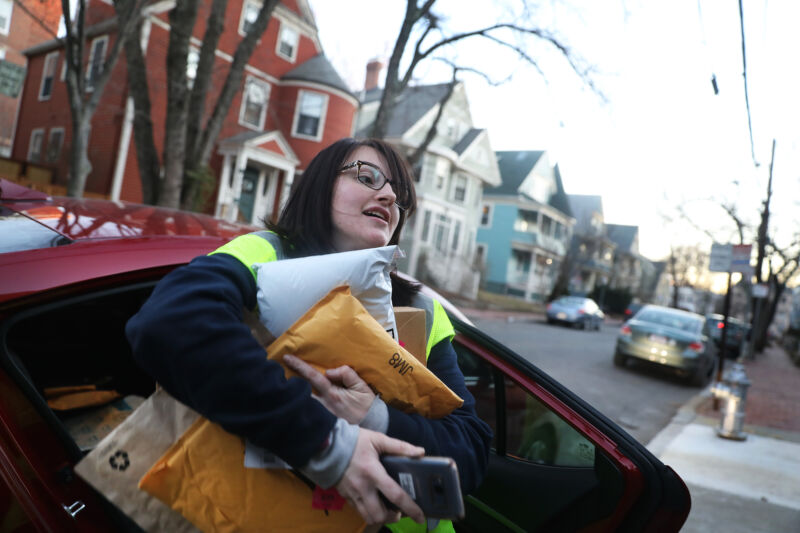 An Amazon Flex driver delivers an armload of packages in Cambridge, Mass., on Dec. 18, 2018.
And remember my friend, future events such as these will affect you in the future
Top

Fired by Bot at Amazon: ‘It’s You Against the Machine’
Contract drivers say algorithms terminate them by email—even when they have done nothing wrong

Stephen Normandin spent almost four years racing around Phoenix delivering packages as a contract driver for Amazon.com Inc. Then one day, he received an automated email. The algorithms tracking him had decided he wasn’t doing his job properly.

The 63-year-old Army veteran was stunned. He’d been fired by a machine.

Wall Street powers through the first half of 2021 with U.S. stocks at record highs
Source: Washington Post


Wall Street wrapped up the first half of the year at record highs, defying pessimistic projections of a broader pullback and pushing past concerns of rising inflation and future rate hikes from the Federal Reserve.

Even with such mixed results, U.S. markets have swelled during the first half of the year, a period that saw a new president move into the White House, a shift in power on Capitol Hill, and the continuing shocks of the coronavirus pandemic.

LITERAL "technological unemployment"
Welcome to dystopia: getting fired from your job as an Amazon worker by an app
This is the most boring possible Terminator sequel - the robots are here to text you snidely that you won’t need to come into work ever again

We were initially anxious about the introduction of robots into our workforce because of the potential disappearance of manual labor jobs. Robots would take over factories, we were told, they’d drive our cars and trucks, and they would do all of the cleaning that janitorial and domestic workers are currently hired to do. But it turns out auto-pilots drive cars about as well as my cat when he’s drunk, and the way my friend’s Roomba always gets lost under the kitchen table, spinning uselessly, unable to find his way out, suggests we’ll still need people with brooms for a while now.

Instead, the robots are here not to replace this lower tier of underpaid and undervalued work. They are here to smugly sit in the middle, monitoring and surveilling us, hiring and firing us. Amazon has recently replaced its middle management and human resources workers with artificial intelligence to determine when a worker has outlived their usefulness and needs to be let go. There is no human to appeal to, no negotiating with a bot. This is the most boring possible Terminator sequel, where the robots aren’t here to murder or enslave you but rather to text you snidely that you won’t need to come into work tomorrow or, for that matter, ever again.

According to a report by Bloomberg, Flex drivers, who are Amazon contract workers and not granted the protections reserved for full-time employees, are being hired and fired via an app. A software program monitors each worker to determine whether they are working quickly enough, whether they are driving safely enough, and whether they are efficiently meeting their delivery quotas. That this program is rife with errors and punishes workers for things that are not their fault, from traffic problems to incorrect delivery directions, does not seem to concern Amazon. Workers have often complained about the unfair monitoring and lack of human oversight, but Amazon has maintained its system.

It’s not even difficult to figure out why. Jeff Bezos, who keeps promising us he is going to leave Earth and go to space but here he still is, seems to believe all workers are inherently lazy. And look, it’s always very helpful when our billionaire overlords just say the evil thing out loud so we don’t have to speculate. The man who designed Amazon’s warehouses has pretty much said that Amazon’s systems are set up to promote high employee turnover, because longer-term workers are more comfortable and less desperate to please.

And remember my friend, future events such as these will affect you in the future
Top
Post Reply
21 posts